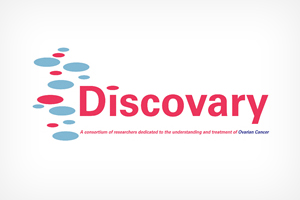 The research that has been supported by the Emer Casey foundation has focussed on the two main clinical challenges that ovarian cancer presents. The first is that an accurate diagnostic test is not currently available. The second challenge relates to the development of resistance to chemotherapy.

Auto-antibody profiling: This was the work commenced by Emer Casey fellow Mairead Murphy. She identified a panel of markers that were present in early ovarian cancer patients and not in normal healthy controls. Since her work completed Sara O’Kane, a recently appointed Emer Casey fellow has been examining a larger cohort of normal patients to make sure none of these markers are present in a much wider normal population. Her plan is to look at these markers in other cancers and this would enable us to say that they are specific for ovarian cancer and this is work that needs to be completed for patenting purposes. This work has received interest from pharmaceutical companies as no new diagnostic markers have been developed for ovarian cancer for the last 40 years. The pharmaceutical companies, however, will want to see that these are robust markers before investing in them and that is why the additional work is needed to ensure they are sensitive and specific for ovarian cancer.

This was work done by Brendan Ffrench where he identified the cells in a tumour that were capable of regrowing the tumour. We believe these cells are responsible for the recurrence and chemoresistance of ovarian cancers. This story has become more complicated in that it was thought that if cells were negative for the marker then they were not stem cells but it turns out that a small population of the negative cells actually also have the capability of regrowing so this means the negative population needs to be further divided. This work is being continued by a PhD student from Germany who has now identified that the cells responsible for the chemoresistance are present in the primary tumour so they are there from the start and are not killed by the initial chemotherapy. The next step will now be to try and isolate out these cells and find drugs that will kill them. This work has extremely important implications as a therapy for these cells would help eliminate tumours coming back. Once these cells have been isolated, we will approach pharmaceutical companies to work with us on a drug screen to find drugs that will kill these cells.

Brendan Ffrench stayed on with the group for two years working as a postdoctoral scientist on a clinican scientist award that John O’Leary received from the Health Research Board. The work he completed is hoped to improve diagnosis and treatment of several cancers.

We have found that tumours shed cancer cells into the bloodstream and some of these are attacked by the immune system and killed but others manage to survive and circulate and some are able to set up another tumour known as a metastasis. There are millions of blood cells going around in the circulation so it is very hard to identify the small number of tumour cells. We have now developed ways to filter out the tumour cells and currently we are working on staining these cells so that we can confidently say they are derived from the ovary or other tumour sites. This is a huge step forward and could result in early diagnostic tests for cancer especially if we can demonstrate that these cells are present in early ovarian cancer patients. It also will give opportunities to improve the treatment of cancer if we are able to detect suitable markers on these cells that have known drugs to target them. This method for isolation and identification of the cells has been submitted for patent review.

Lynda McEvoy completed a lot of work in this area and discovered panels of markers that define a bad outcome in ovarian cancer. Currently ovarian cancer patients all receive the same treatment and some have a good outcome and others not so good. We don’t know why that is and these markers can tell us more about the tumour and the outcome the patient will have. We also have a marker called MyD88 which confers a bad outcome for the patient and this marker is increased by the chemotherapy drugs the patient receives. This panel of markers has been proven is samples that were stored in our biobank but now we need to expand this work into other collections of tumours and other centres and we need to find ways of blocking these markers. We are currently seeking funding to continue this work.