Symptoms of ovarian cancer can be mild and vague and it can take a long time for symptoms to be noticeable.

Even though these symptoms can be caused by complaints other than cancer, do have them checked by your doctor.

For a clear presentation of the facts about ovarian cancer, its sign and symptoms, risk factors, treatment and other resources please visit www.ovarian-cancer.ie, the World Ovarian Cancer Day site  and the Irish Cancer Society. 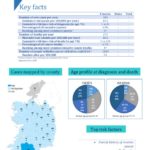 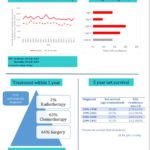 The late stage presentation of ovarian cancer is largely due to the vague and unspecific nature of the early symptoms which often mimic other less serious conditions and are sometimes interpreted by patients as normal changes in the body such as the effects of childbearing, menopause and ageing.

Would you like to get involved directly with the Foundation? Do you have ideas on how to raise funding and awareness for ovarian cancer? Call us today on 087 283 8770 or drop us an email at info@emercaseyfoundation.com, we would love to hear from you!