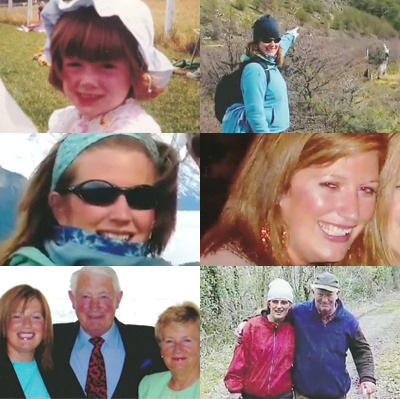 Emer Casey was born on the 6th of June 1978. The youngest of five girls, Emer was a ray of sunshine from the moment she was born.

As Emer developed from a young girl into a young woman, her talents blossomed and her qualities shone brighter and brighter. Everyone felt relaxed in Emer’s company and she brought out the best in everybody. These traits coupled with her academic brilliance resulted in her being awarded “Student of the Year” from her Alma Mater in Loreto, Youghal.

On completion of her Leaving Certificate, Emer studied Law and French at University College, Cork. During these fun-filled years in college, Emer made lots of very close and sincere friends in both the legal and the medical faculties and travelled across Europe and the States, enjoying every single minute of her travels.

On completion of her French and Law degree, Emer was offered a traineeship and subsequently a full-time position with the outstanding Dublin-based law firm, Matheson, Ormbsy, Prentice Solicitors, now Matheson Solicitors,

Emer grew from strength to strength in this firm. During her time off, Emer travelled to rugby and hurling matches and never missed a puck of a ball! She visited Thailand and Argentina and took to the slopes every winter.

Unfortunately, Emer’s vibrant and very full life was cruelly cut short in 2006. Emer was diagnosed with ovarian/uterine cancer on 28th of February at the age of 27. After a short and brave battle, Emer, beloved daughter of Juliette and Brendan and cherished sister of Julie, Annelee, Susan and Ruth, died on the 10th June 2006, four days after her 28th birthday.

Emer’s untimely death had such an enormous impact on her family, friends, colleagues and everybody that knew her, that the Emer Casey Foundation was established in her honour and memory. While the Foundation was started by Emer’s family with the essential assistance of Matheson Solicitors, it has been sustained and expanded by Emer’s friends and by the community in Youghal Co. Cork.

To date, the Foundation has raised over €900,000. The signature event each year is the charity’s run in Youghal in May which attracts nearly 600 runners and with the help and co-operation of the people of Youghal, brings the town to a standstill for a few hours. This year’s 10th anniversary run will take place on the 22nd May 2016.

Learn more about the foundation here.