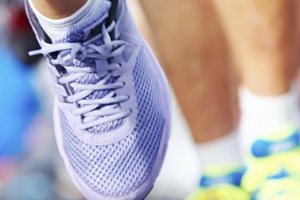 The 10k run, which takes place in Brockwell Park, will be held in tribute to Emer Casey who died from ovarian cancer in 2006.

Dublin-based Emer was just 27 years old when she was diagnosed and died only a few months later.

Her parents and four sisters, based in Ireland and Britain, set up the Emer Casey Foundation in her memory.

The 10K race in Brockwell Park is now in its eight year and the Casey family are appealing for people to come and support the charity either by donning their runners and joining the race or coming along to support those taking part.

“Emer was a very active person, she had done various different 10ks for charity and this seemed like a logical way to fundraise.”

The charity has held races as far away as Australia, where many of Emer’s friends live.

They also have one of Ireland’s greatest running stars on board.

“Our patron Sonia O’Sullivan is very hands on in organising events as well as running them,” Ms Casey said.

More information on the race to follow. Stay tuned!