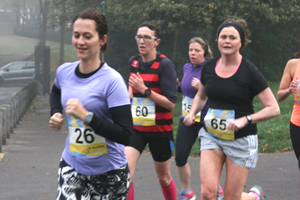 The 10k run, organised by the London club, the Hernehill Harriers, took place on Sunday, 1 November 2015 in Brockwell Park. The race is in tribute to Emer Casey who died from ovarian cancer in 2006. Dublin-based Emer was just 27 years old when she was diagnosed and died only a few months later.

Results of the race here.