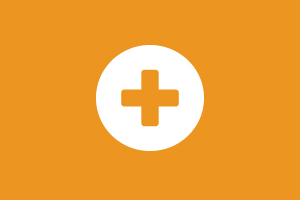 Oarian Cancer is a leading cause of cancer deaths worldwide with 200,000 women annually developing a malignant tumour of the ovaries. In 2006, it was estimated that approximately 400 women were newly diagnosed in Ireland. Ovarian cancer symptoms are vague and non- specific making the cancer often very difficult to diagnose. Frequently, by the time the cancer is diagnosed, the tumour has often spread beyond the ovaries (metastasized). Despite these alarming statistics, ovarian cancer detection techniques are severely lacking and new methods for the detection of ovarian cancer are required immediately. Late diagnosis is one of the main hurdles to overcome in ovarian cancer, to increase the survival rate, the cancer must be diagnosed at an early stage. Currently the only way to confirm ovarian cancer diagnosis is with an invasive procedure, ovarian biopsy.

My work aims to identify biomarkers associated with ovarian cancer. A biomarker is a substance indicative of biologic state, i.e. a substance that can provide information about underlying processes within the body. Ideally this substance can be attained readily and easily adapted into clinical use, e.g. a blood test. By profiling antibody patterns in the serum of ovarian cancer patients, and comparing the patterns to control/healthy volunteers I hope to identify protein/antibody patterns that may be used to identify ovarian disease. To do this I use high content protein arrays which “pull down” corresponding antibodies present in human serum. These antibodies and their corresponding antigens can then be identified, compared and the information relative to cancerous and normal serum interrogated.

The results from this initial screening and interrogation of potential biomarkers will then validated by additional methods. Enzyme linked immunosorbent assay or ELISA is a gold standard method used in clinical practice to screen patient serum samples. This method combined with another technique, western immunoblotting will then be used to confirm and validate the results of the previous antigen interrogation. Tissue microarrays, which comprise of small tissue samples which were kindly donated by patients who were undergoing ovarian surgery, will also be used to analyse the presence of the antigens in the tissues of patients. These tissue sections include healthy matched tissues, recurrent ovarian cancer patient tissue, and early and late ovarian cancer patient tissue from the DISCOVARY bioresource. These tissues will be screened with commercially available antibodies to identify if the proteins previously identified in serum are also present in tissues. Again, antigens present in the cancerous tissue and not present in the control tissue, and vice versa will be of particular interest in determining biomarkers of potential clinical significance
An exciting and novel aspect of this research is profiling the human antibody repertoire against over 10 000 human proteins, combined with the extensively characterised clinical samples of the DISCOVARY bioresource, including its cohort of serum and tissue from subjects with Stage I disease, Stage III, benign disease and recurrent disease and age and gender matched controls. Profiling the antibody repertoire as a method of biomarker discovery is seen to have a number of advantages over other methods, such as detecting the protein biomarkers directly in serum. For example, an important advantage is that the body’s immune system amplifies the response and signal obtained, in this way the sensitivity of the immune system can generate an antibody response to antigens that are presented at very low levels in patients. This makes this approach compatible and readily integrated for use as a biomarker assay in ELISA format and for applications in in vitro diagnostic (IVD) devices.

A diagnostic assay for ovarian cancer is of vital importance, and could potentially lead to early diagnosis from a simple blood test. Currently there is no reliable diagnostic available and over 70% of patients are diagnosed after the disease has reached an advanced stage. Ovarian cancer, if diagnosed at an early stage is a curable disease with a good prognosis (over 90%, 5 year survival), and with no routine screening in the general population, reliable biomarkers for this disease would result in a significantly improved quality of life for ovarian cancer patients.

Emer Casey Fellow [Lynda McEvoy]
Title of project: Developing Novel Therapeutic Approaches in Chemoresistant Ovarian Cancer Patients
Ovarian cancer is the leading cause of death from gynaecological malignancy in the Western world, and in Ireland accounts for 348 new cases and 230 deaths every year. A silent killer, it usually presents with very non-specific symptoms, therefore most patients present with late stage disease which has already spread to other parts of the body.
Treatment for ovarian cancer usually consists of ‘debulking’ surgery, to remove as much tumour as possible, followed by chemotherapy using a combination of platinum-taxane drugs. Most patients respond well to chemotherapy initially, however the majority of patients later relapse, and are then resistant to therapy. This means that the long term survival for patients diagnosed with late stage (stage III and IV) ovarian cancer can be less than 30%.

Several reasons have been proposed to account for this ‘chemoresistance’, including tumour hypoxia. Tumour hypoxia is characterised as a reduced level of oxygen in the tissue of solid tumours (such as ovarian cancer), and can be short-term (acute) or long-term (chronic). This activates an oxygen-sensitive protein, HIF1α (Hypoxia Inducible Factor 1α), which in turn switches on a number of genes which may contribute to chemoresistance.

Previous research in our lab has shown several genes to be upregulated in recurrent ovarian cancer, including genes involved in cell signalling and metastasis. The aim of my project is to establish the role of these genes in the pathogenesis of ovarian cancer, and to determine their role in chemoresistance. Currently I am examining the role of hypoxia in resistance to chemotherapy using ovarian cancer cell lines. To do this I have grown two cell lines, A2780 (sensitive to cisplatin, a platinum-based chemotherapy drug) and A2780cis (resistant to cisplatin) in normal oxygen conditions and in hypoxia for acute (4 hour) and chronic (5 day) periods. Following this, they were treated with varying concentrations of cisplatin and paclitaxel (a taxane-based drug) and their response to the drugs was measured. So far, I have shown that short periods of hypoxia increase the resistance of these ovarian cancer cells to cisplatin, a platinum-based chemotherapy drug. Conversely, exposing the cells to hypoxia increases their sensitivity to paclitaxel.
In order to further evaluate the role of hypoxia in chemoresistance, the Biomedical Diagnostics Institute in Dublin City University has developed a microfluidic lab-on-a-chip, which is capable of culturing cells and testing them with a variety of conditions. I, together with other researchers from our lab, have been working with the group in DCU to set up experiments examining the role of hypoxia in ovarian cancer cells using this lab-on-a-chip.

I have also been involved in maintaining the ovarian tissue and seurm bioresource in the Trinity Centre, St. James’s Hospital. This involves consenting patients to take part and

collecting samples, as well as obtaining patient information in several different areas such as age, number of children, family history of cancer, smoking etc. Currently there are over 300 samples in the bioresource, including samples from from normal patients as well as patients with benign disease, Stage I – IV ovarian cancer, borderline tumours and recurrent disease. This is a hugely important resource, as it provides a means to compare the different disease stages, and provides clinical information to relate the results to.

Identification of genes and pathways involved in resistance to chemotherapy due to hypoxia may be useful in identifying new targets for drug treatments and could provide a means to tailor chemotherapies to more efficiently treat patients with hypoxic tumours.

The Scotsman: Fighting Back at the Forgotten Killer of Women
Irish Times: No Screening for ‘Silent Killer’