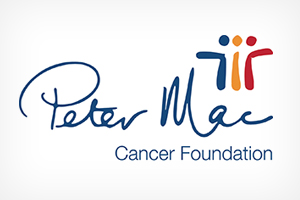 Since 1997, kConFab has recruited 1600 families Australia wide that are at high risk for the development of breast and/or ovarian cancer. On average each of these families has 4 breast and/or ovarian cancers that are usually diagnosed under the age of 45 years. kConFab provides the biological samples and associated clinical data to researchers for use in peer-reviewed, ethically-approved funded research projects on familial aspects of breast and/or ovarian cancer. kConFab is supplying biological specimens and data to more than 150 research projects world-wide to facilitate research to identify the genetic faults (mutations) that are the cause of the cancers in these families. In families where we have been able to identify a genetic fault (mutation) we have worked with Family Cancer Clinics to implement strategies to improve the family’s options for the prevention of cancer. Linked to Australia’s immigration history, our close work with the Family Cancer Clinics extends to our UK counterparts due to many family members still residing in that country.

During the past 18 months, new technology has been implemented in the Campbell laboratory that enables the screening of the whole human genome for genetic faults. We are using this technology to identify new genetic faults (or mutations) in families at high risk for the development of breast and/or ovarian cancer that have been recruited into the kConFab research study. Of significance we analysed 3 new genes for their involvement in ovarian cancer predisposition:

1. The RAD51C gene.
Faults in this gene are associated with families with a history of both breast and ovarian cancer and absent in breast cancer only families.

3. In a combined international effort that kConFab contributed, it was discovered that a genetic fault in a gene called PALB2 has been associated with the development of breast cancer. Whist there does not seem to be a high risk of ovarian cancer in these families, the total number of ovarian cancers small so on-going work will be performed to determine if this gene fault does or doesn’t cause this cancer.

These finding have been published in high-ranking international journals, reference below.

The other new project development over the last 12 months has been kConFabs close association with a European drug company who is researching why some patients with ovarian cancer eventually become resistant to the drug treatment given and relapse with advanced cancer. kConFab has supplied biological samples and clinical information from women with a diagnosis of ovarian cancer to this project to advance our understand in this area that will hopefully lead to new drug therapies to treatment these drug resistant ovarian cancers

The Emer Casey funds raised over the past few years have enabled our groups to advance our knowledge in the genetics and treatment of ovarian cancer. Our research groups are very appreciative of the educational and fundraising role the Emer Casey group play in supporting our work. Families at high risk for the development of breast and/or ovarian cancer will benefit from these projects by the identification of new cancer genes and a better understanding of how to effectively treat ovarian cancer.

kConFab and the Campbell laboratory are now working closely with the clinicians in all of the Family Cancer Clinics in Australia and the UK to fine tune how this new genetic information is given back to the relevant families, that is, what is the personal risk for cancer development for a person who carriers either one of these new cancer genes, RAD51C, RAD51D and PALB2.

In addition, in time many new surveillance and treatment options may be open to cancer patients who carry one of these new gene faults (mutations). The search for other “new” cancer genes continues in the Campbell laboratory via the kConFab resource and will continue until all of the genes are found that are associated with breast and/or ovarian cancer development in high risk cancer families. kConFab supported work for new drug therapies for advanced ovarian cancers resistant to conventional therapies has started in the hope of finding new treatment targets.

There are two main projects that are being supported by the Emer Casey Foundation. Firstly, my laboratory is studying a particular sub-group of ovarian cancer called low grade serous. Although this type is less common, they do not respond well to chemotherapy. We are conducting a large international study to explore which genes drive this type of cancer as this may lead to the development of more effective treatments.

A second major focus of my laboratory is finding genes which cause ovarian cancer to run in families. Women in these families often inherit a faulty gene that can cause them to have a much higher chance of developing ovarian cancer. The good news is that there are very effective ways to reduce risk for these women, particularly if we can identify which is the actual gene that is faulty.

In the last 6 months we have made significant progress in identifying these genes by using advanced technology to search for faults in every gene in women from over 40 ovarian cancer families. This work has identified several potential ovarian cancer genes and in the coming months we will analyses these genes in additional families to confirm if they are indeed associated with a higher rate of ovarian cancer.

Funding from the Emer Casey Foundation has been instrumental in helping us to conduct pilot studies so that we can apply for additional research grants from other major funding bodies. Some of the Emer Casey funds have also been used to establish the international linkages that are vital for the success of these type of studies. Currently we have active collaborations with ovarian cancer researchers from Australia, Ireland, United Kingdom and North America.

In particular, we have recently initiated a strong collaboration with a major ovarian cancer group in China and some of the funds from the Emer Casey foundation are being used to support a Chinese clinical fellow to conduct both the low grade serous and the familial ovarian cancer studies.